Mr. Thomson is an accomplished operating executive, serving as Citigroup CFO for 5 years and as CEO of Citigroup’s $10 Billion (revenues) Global Wealth Management division. Mr. Thomson also is a leading global practitioner and advisor on M & A and business strategy, having led the acquisition and strategy efforts over many years for Citigroup and GE Capital, as well as serving as an advisor to dozens of Fortune 500 firms while at Bain & Co., Booz Allen Hamilton, and Barents Group.

He is also CEO of Headwaters Capital, where he structured and co-led the $155 Million recapitalization of West Coast Bancorp (WCBO), which closed in November 2009. HWC also is a founder and investor in Cordia Bank, which acquired a majority interest in Bank of Virginia in 2010, and was sold to First Citizens Bank in 2016. HWC is a founding investor in Embody Fitness Gourmet, health and performance-oriented cafes.

Previously, Mr. Thomson was SVP Strategy and Acquisitions of GE Capital, Partner at Barents Group, and Manager at Bain & Co.

Mr. Thomson received his M.B.A. with distinction, from the Wharton School of Business and his B.A. in Economics from Davidson College. 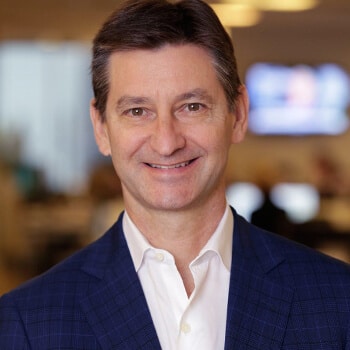